The Code of Virginia requires every community to adopt a comprehensive plan for the territory within its jurisdiction and to review such plan for amendments at least once every five years (see Code of Virginia, Title 15.2, Ch. 11, Art. 4). The Comprehensive Plan must guide “…a coordinated, adjusted, and harmonious development of the territory which will, in accordance with present and probable future needs and resources best promote the health, safety, morals, order, convenience, prosperity, and general welfare of the inhabitants.” Descriptive matter, maps, charts, and other material as necessary to support the recommendations may accompany the plan.

The Town of Occoquan conducted its five year review of the Vision 2026 Comprehensive Plan in 2021.  The process took approximately ten months to complete as the Planning Commission and staff developed the draft document for public review.  Public hearings were held by the Planning Commission and Town Council, with Town Council approving the document on December 7, 2021. 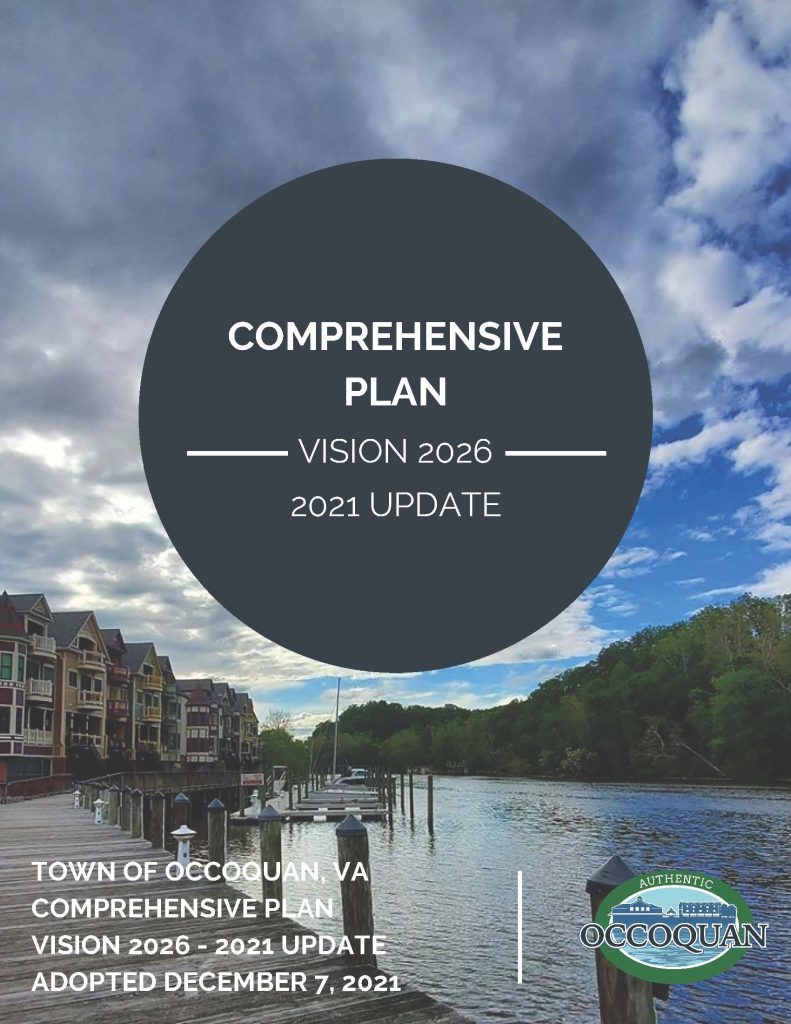 The Town completed its robust update of the Comprehensive Plan in 2016.  In the Fall of 2015, the Planning Commission worked with several consultants in the development of the document, conducted a community survey, and held several community meetings and public hearings throughout the ten-month process.  The result is a document that sets the foundation for Occoquan and will serve as a guiding document toward the Town’s future.

In 2016, the consultant issued and collected surveys on the Comprehensive Plan and the future of the community during October 2015.

In November 2015, three public meetings were held to discuss the survey results and the future of Occoquan.  In addition, the Planning Commission held a series of work sessions from January to July 2016 to develop the draft document. A final community meeting to obtain public input was held on June 28, 2016, and a joint public hearing of the Planning Commission and Town Council was held on July 12, 2016. The Town Council officially adopted the plan on August 2, 2016.

Inventing Tomorrow Today: the Role of the Occoquan Comprehensive Plan